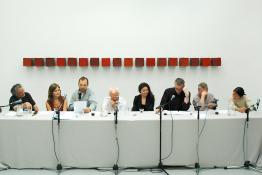 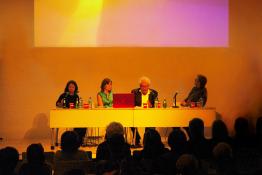 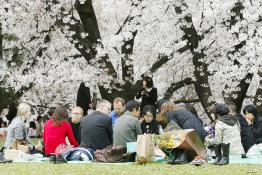 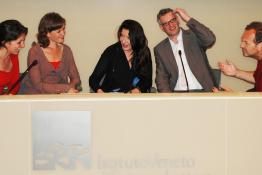 The European Cultural Centre - Russia, in cooperation with European Cultural Centre - Italy is pleased to present the program of the Symposium organized on January the 31st as collateral initiative to the exhibition “Public Architecture - Future of Europe”. The exhibition, held by the Schusev State Museum of Architecture in Moscow, will be running from the 31th of January until the 28th of June 2020.

During the afternoon, from 3pm until 6 pm, a series of talks and debates will come in succession with the aim of creating a stimulating environment and discussion around the main topic of the exhibition: the scenario and the possible developments in public architecture for the Europe of the Future. Diverse personalities coming from the architecture world will participate giving thus a significant contribution to a matter of discussion which concerns our future. The Museum will host the Symposium organized as a side opening event of the exhibition in the area called “Ruin”.

The Schusev Architecture Museum will welcome the registered guests at 10.30 am for a Business breakfast and a series of Public talk until 1 pm. The exclusive event will gather industry representatives that will discuss the current tendencies in public architecture in Russia and Europe with the aim of creating a network of competences and possibilities for all the people present at the event.

Find the pdf version of the Collateral events for download.

See the full schedule and the biography of speakers.

With the aim of stimulating direct communication between artists, designers, architects and other professionals, the ECC organises lectures, public debates and symposiums on various range of topics.

In 2005 the European Cultural Centre started a series of Symposia around the topics; Time-Space-Existence.

In New York: SPACE
Space, space is so unknown that a discussion of it would have to begin with a rock. Basic artistic questions related to space and spatiality still need to be discussed. On the one hand, “space-relatedness” means the three-dimensional body of the artwork itself or its aesthetic interaction with the actual space in which it is placed. On the other hand, “space-relatedness” means the various notions of space depending on personal, cultural, and social circumstances. These become visible in the artist’s specific choice of his or her means of expression. Participating artists were a.o.: Richard Tuttle, Rene Rietmeyer, Robert Barry, Jessica Stockholder, Peter Halley and Keith Sonnier.

In Tokyo: EXISTENCE
Existence, in the strictly philosophical sense, is the “kind of being” that exclusively applies to humans. “To exist” does not merely mean being present but rather “self-design”, being open for possibilities, and freedom. We live in a thoroughly-organized world under constant pressure – the pressure to perform, the pressures of time and conformity – as well as pressures stemming from the influence of the mass media. Given these circumstances, art can bear, regardless of purpose, the function to articulate existential topics and create the possibility for moments of intensified self-awareness. Therefore, one’s own existence, with its particular terms and conditions, can become an artistic subject and thus, serve as model for the self-encounter of the viewer.Participating artists were a.o.: Saburo Ota, Rene Rietmeyer, Masao Okabe, Joseph Kosuth and Toshikatsu Endo

In Venice: Made in Europe
A symposium in cooperation with the Mies van der Rohe Foundation